Betty Aldridge was born in Gloucester in 1928 and now lives in Cam, near Dursley. She has 14 grandchildren and 16 greatgrandchildren. She learnt songs from her late husband Ray Lord, who in turn learnt songs from his family. His parents were from the Slimbridge area. Ray Lord learnt ‘O Grand and O Bright’ from his paternal grandmother Florence Henrietta Lord whose father, George Lord, was a wassailer. The song is still sung by the family at Christmas time.

George Lord’s father, James, was a butcher. George’s mother was named Susannah. In 1841 James was aged 60 and Susannah 55 and George was living aged 35, also a butcher, with them in Slimbridge. In the same home were George’s siblings: Henry aged 30, an agricultural labourer and Jabez aged 15. George’s mother, Maria Drew, and her parents were also from Slimbridge. In 1841 she was living aged 11 with her parents, William (aged 60) and Mary (aged 65) Drew at Tumpy Green, Slimbridge with her siblings: William, Maria, Harriet and Henry, aged between 30 and 10. Her father, William, was a farmer. By 1851 Maria’s father had died and, aged 33 , she was living on Shallant Farm (near Tumpy Farm), Slimbridge with her mother, Mary, aged 66, a farmer of 28 acres not employing any labourers, and her sister Harriet aged 27 plus four grandchildren.

The first reference to George is in 1861 when, aged 4, he was living with his father, James Lord, aged 52, a butcher, his mother, Mariah aged 42, and his four siblings: Cornealius, a butcher’s assistant aged 16, Lucy aged 10, Clementina aged 6 and Thomas aged 2. All the family were born in Slimbridge. In 1871 George aged 14 was a scholar living in Gossington, Slimbridge with his father, James Lord, a butcher, his mother, Maria and his brother, Henry, aged 9. By 1881 his brother, Cornelius, had married and taken over the butcher’s shop so George aged 24 was living with, and acting as farm bailiff to, his aunt, Louise Drew, aged 54 and single, a farmer of 30 acres at Tumpy Green, Slimbridge. Louise’s widowed sister, Hannah Kench aged 69, born in Berkeley, was also running the farm with her. In 1891 George, then aged 34, was still working as a bailiff on his aunt, Louise Drew,’s farm at Tumpey Green, Slimbridge. Louise was single aged 61 and a niece, Ellen Poole, who was born in Berkeley, also lived with her. She also had a visitor, her sister and George’s mother, Maria Lord aged 73. George’s mother, Maria Lord of Slimbridge died 7 July 1896 when probate shows her effects to the value of £29 being passed to George Lord, farmer.

By 1901 George had his own farm and, aged 44, was living at Green Farm, Slimbridge with his wife, Alexina, and four children: Henry G., Doris A., Florence M (died aged 5). and Berna I., aged between 8 and 1 year .All were born in Slimbridge. 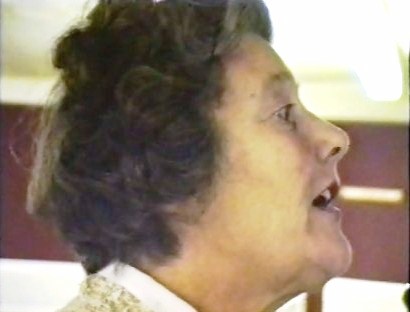