Thomas Clappem of 26 Driffield, Cirencester, sang the Unquiet Grave to James Madison Carpenter between 1927 and 1935. He signed his name ‘Clappen’ in the 1911 census and all family records seem to show that this was the spelling of their surname which they usually used, although Carpenter wrote it as ‘Clappem’.

Carpenter note: he learned this from mother seventy years ago.

Thomas was still living at home in 1871. In 1877 he married Emma Harding who was born in Trowbridge, Wiltshire, and in 1881 he was working as a carter and agricultural labourer living at no 26 cottage in Driffield with Emma and their two daughters: Emma Florence born about 1879 and Sarah Jane born 5 September 1880. His parents, John and Jane were living in no 17 Cottage Driffield with their son Charles John. Thomas and Emma had another daughter, Emily Harding Clappen, on 3 August 1884.They also had a son, Thomas William born in 1885 who died in 1888. The family were still living in the same cottage in Driffield in 1891. Emily was the only daughter still at home and she was working as a housemaid. By 1911 they were living there on their own. Thomas died in 1937 in the Cirencester registration district.

Thomas’s daughter Emma Florence married Henry Hicks from Woolaston, Worcestershire, in the Cirencester registration district at the end of 1904.By 1911 Emma and Henry were living in Cirencester where Henry was working as a groom. They had four sons, Henry born about 1905 in Driffield , William born about 1907 in Cirencester, Reginald born 1908 in Cirencester and Benjamin born 1910 also in Cirencester. All their children were still alive. Also living with them was Henry’s widowed mother, Eliza Hicks. Emma had another son, Edward C. Hicks in 1912 and a daughter, Muriel F. Hicks, in 1914.

William Hicks married Winifred May Lafford in Paddington in 1936. They both died in 1907 in Bromley, Kent

Benjamin Hicks died at the end of 1974 in Birmingham.

Muriel Hicks died when one year old in 1915 in the Cirencester registration district.

The following pictures and information are from the Mitchell Family Tree on Ancestry.com 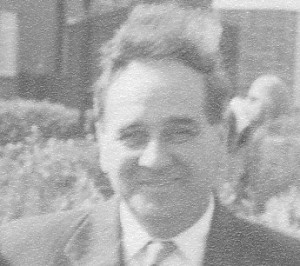 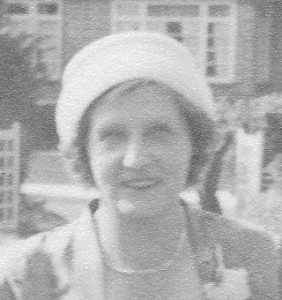 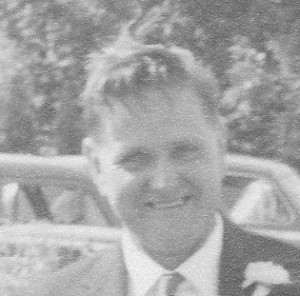 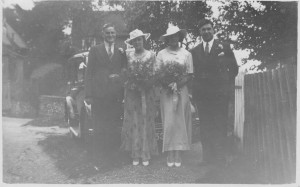 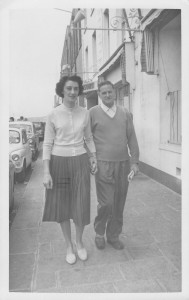 Became a prisoner of war of the Japanese and worked on the “Death” Burma railway.

Was quite ill, had Beri Beri and was sent to Canada to recover before returning to England.

Possibly a year or so later. She thought Ben was dead and had two children. His Mother was hard and he never had a chance to even talk to her again.

Notes by Carol Davies with thanks to Pat Cook February 2015