Henry’s father was James Corbett, then spelled Corbit, an agricultural labourer, born in Snowshill about 1813. In 1841 James and Anne Corbett née Chandler from Stanway were living in Snowshill with their children William and Sarah, both baptised in Snowshill: William on 8 January 1837 and Sarah.on 19 May 1839. Ann was aged 30 in 1841 and born in Stanway. Living next door to them was another agricultural labourer, William Corbit (Corbett) aged 55 and born in Guiting Power, presumably a relation and possibly the father of James. William had other children, Sally aged 20, William aged 16 and James aged 10 and possibly a grandson John aged 4 months.

James then married Ann Chandler in 1843 in the Winchcombe registration district. Henry Corbett was born in Snowshill and baptised there on 4 February 1849. In 1851 he was living in Snowshill with his parents, James and Ann, and two brothers, William, an agricultural labourer aged 14, and Charles baptised 29 January 1843 and his sister, Sarah aged 11. William Corbett was still living next door with his unmarried daughter, Sally, son William and his wife Fann(a)y and their daughter, Ann who was 8 years old.

By 1871 Henry aged 22 was the only child still living at home with his parents in Snowshill Street, Snowshill. William Corbett and his wife Fanny (see above) were also still in Snowshill Street with a daughter, Hannah aged 10 and a lodger.

Henry Corbett married Mary Ann Tombs between April and June 1876 in Winchcombe Registration district. By 1881 aged 31 he was living in a cottage in Snowshill Village next to the village shop with his wife Mary Ann, then aged 32, born in Stow in the Wold. He was working as an agricultural labourer. His parents were also still living in Snowshill. His father was still working as an agricultural labourer at the time of the census. Also living with James was James’ grandson, Henry Corbett a ploughboy aged 12 born in Snowshill, the son of Henry’s brother, Charles. But shortly afterwards Henry’s father, James Corbett, died aged 72 and was buried at Snowshill on 29 March 1881.His wife, Ann died and was buried in Snowshill on 26 January 1885.

Henry Corbett died in December 1925 in Winchcombe registration district. His nearest living descendents would be from the families of his brothers and sister.

Thomas Nash married Rose Alice Hunt in 1883 in Winchcombe registration district and in 1891 they were living in Stanton with their children, Eleanor Annie born 1884, Sidney Gerald and Bertha, all born in Stanton. Another probable son, James Nash, had been born in 1862 and another son, Charles Corbitt Nash, was born in 1865, both in the Winchcombe registration district where Thomas was working as a labourer. By 1911 Thomas and his wife, Rose Alice Nash, were still living in Stanton where Thomas was working as a labourer roadman. Thomas and Rose Alice had been married for 27 years and had 10 children, all living. All the family except Thomas were born in Stanton. Still living with them were their sons, Edgar, Fordham, George and Victor and their grandson, John Nash, born about 1910. In 1911 Thomas Nash’s son, Charles Corbett Nash was living at the Estate office in Toddington working as a foreman on a fruit farm. He had married Ellen Hannah Hunt in about 1895 and his wife was working as a caretaker on the estate. Charles died on 15 November 1940 whilst living at Bath Road, Stanton and probate was granted to his widow, Ellen Hannah, who died in 1942 in Cheltenham. Sarah’s son, William, married Julia Barnett about 1903 and by 1911 William was working as a gardener and living in the Post Office in Stanton where his wife was postmistress.

Also living with them were their two children, Julia Ruby May born 1903 and Llewellyn George W. Nash born in 1906, Julia’s brother, Ezra Barnett, a farmer and haulier and Julia’s mother, Ellen Barnett. William died in 1949 in Cheltenham.

They had a daughter, Olive Prole who later married a Mr Britton and died in 1911 in Cheltenham 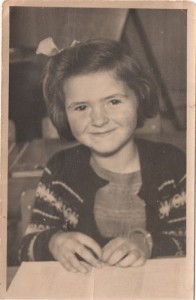 Julia Ruby May died in Cheltenham in 1989. 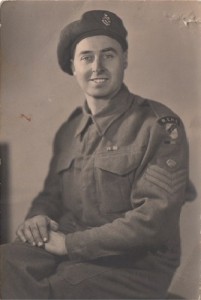 Llewellyn George W. Nash married Myra B. Wright in 1937 in the North Cotswold registration district, Gloucestershire. They were living at 108 London Road Cheltenham in 1939 and Llewellyn died in 1939 in Cheltenham.

Sidney Gerald Nash was born on 17 May 1886. When his brother Victor died in 1951 probate was granted to Gerald who was described as an estate manager.

Edgar Nash was born in 1898 and married Alice Bevan in the Winchcombe registration district at the end of 1924 and died in Cheltenham in 1958. He was possibly the Edgar Nash who served in the 12th and 13th Battalion of the Gloucestershire Regiment from 1914 to 1920.

Fordham Nash was born in 1900 and married Mary P. Gould (also known as Phyllis May) in the Evesham registration district in 1928 and died in Cheltenham in 1975. Fordham had at least one daughter, Joan Mary, born 10 March 1929. She married James Maurice Reeve and they had at least one son, Andrew Reeve, born in Cheltenham in early 1956. Joan Mary Reeve died in Worthing in 2005, her husband having died in Bideford, Devon in 1981.

Victor Nash was born in 1906 in the Winchcombe registration district. He was living at the pub, The Mount, at Stanton when he died on 7 April 1951. Probate was granted to his brother, Gerald Nash.