George Henry Drew was born about 1843 in Holwell, Oxfordshire. He was the son of John and Mary Drew, née Mallard. His parents were married between April and June 1842 in Witney Registration District. Mary Mallard came from a family of agricultural labourers.  He had one brother, Samuel, born about 1846 and 2 sisters Ann(ie) and Rose born about 1854.

His father died when he was about 5 years old on 22 January 1848. By 1851 his widowed mother was living on parish relief in Taynton, Oxfordshire with her sons, George aged 8, and Samuel aged 7, and her daughter Ann aged 4. All the children had been born in Holwell, Oxfordshire. Also on parish relief and living with them was an Ann Pitaway aged 51 born in Taynton. Living next door was Samuel Mallard aged 46, an agricultural labourer and his family, who was his mother’s brother.

In early 1861 George Drew age 18 was living in Macaronie Downs, Eastleach Turville, Gloucestershire as one of three agricultural labours lodging with Phillip Mallard, a carter and his family.  George Henry married Elizabeth James, the daughter of John James, a labourer, on 27 June 1869 in Moreton in Marsh. He signed the register by mark. By 1871 his mother aged 41 was still living in Holwell and working on a farm. Her daughters, Ann aged 14 and unmarried, and Rose aged 7 were living with her. Ann was also working on a farm.

In 1881 George Henry aged 38 was working as a labourer and living in East Street, Moreton-in-Marsh with his wife, Elizabeth, aged 31 and his children, Arthur aged 5, Charles aged 3 days at the time of the Census and his daughter Mary A, aged 2. His wife and children were all born in Moreton, Glos. By 1881 his mother, aged 51 and still a widow, had moved in with her aged father, Thomas Mallard, aged 81 and her brother, Samuel, and his family in Holwell. Her youngest daughter, Rose, was still living with her.

By 1891 George Henry was working as a platelayer, still living in Moreton In Marsh but had moved to Church Street with his wife, Elizabeth then 39, son Arthur, aged 15, who was single and working as a grocer’s assistant and his daughter, Mary Ann, aged 12. By 1901 George Henry aged 58 was a head platelayer at the Great Western Railway. He had moved to Hospital Row in Moreton with his wife, Elizabeth who was a laundress working on her own account at home, his daughter Mary Ann who was a cook and a stepson, Charles E. Drew aged 8.

Initially Mary Ann and her husband lived in Evesham where her daughter, Freda May, and son, Leslie Gordon, were born in about 1908 and 1910. By 1911 the family had moved to 54 Rutland St, Derby where George then aged 30 was working as a wood sawyer. At least one more daughter , Phyllis May, was born on 31 March 1912 in Northwich, Cheshire. 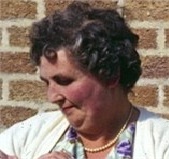 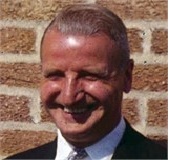 George Henry’s sister Annie married Thomas Jones, a farrier, and had 5 daughters and two sons. One daughter Lylia Fanny Perrott was born about 1875 in Princes Risboro, Buckinghamshire, married Herbert Henry Perrott in 1904, had at least two sons and a daughter and died on 19 January 1936 in St Pancras.