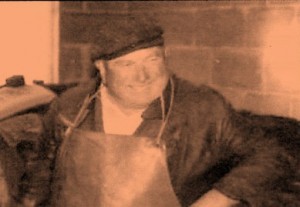 Ray Hartland was visited by Gwilym and Carol Davies at Flat Farm Tirley, Eldersfield on 9 December 1978 when to accompany a cow’s hornful of Hartland’s Cider he sang Ball of Yarn, Buttercup Joe, The Fisher’s Boy (Parody of Farmer’s Boy), The Old Sow, The Pub with No Beer, When I Got Home (Seven Nights Drunk), Song of the Hood, Three Men went a-Travelling, The Tree on the Hill, Twelve Stone Two and  I Wish I was Single. They visited him again on 5 January 1980 when Ray sang Billy Johnson’s Ball and My Husband’s a Sailor.

Raymond Jack Hartland was born in Haw Bridge on 7 March 1923.His father, John Hartland, worked on the river barges but died when Ray was 9. His mother, Lucy, worked on the land to support her children, Ray, Bill, Phyllis and Daphne. She later remarried a butcher, William C Betteridge, in 1944 and both died in 1974, William aged 100. Ray started school at 3 ½ at Tirleyand aged 14 started work at Tirley Court.After school he helped out at Flat Farm, Tirley working for Arthur Strawford. Ray Hartland married Arthur’s daughter Betty Strawford in 1951/2 and between 1965 and 1968 had taken over running the farm. 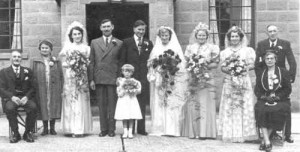 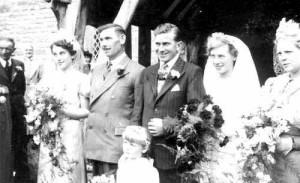 Ray first helped to make cider at the age of nine and continued making it in the stone barn at the farm where customers and friends would drop in for a tot of cider and a pinch of snuff.

Ray and Betty had a son, David, in 1957 and another son, Derek, in 1960. In 1993, unsure whether the County Council would transfer the lease for the farm to Ray’s son Derek who was very involved in making the cider, the family moved to nearby Tirley Villa with five acres and more land rented. There they continued to make Hartland’s Cider, which over the years won awards, such as at the 1989 Great British Beer Festival at Norwich and at the Big Apple Cider Trials at Putley. 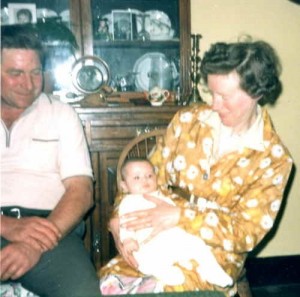 Betty and Ray with Grandchild 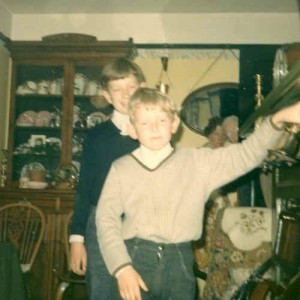 Ray had many interests, having been a bellringer at Tirley Church and played cricket for Tirley and Hasfield. During the War he was a member of the Home Guard. Ray Hartland died in Gloucester Royal Hospital in 1996 and at his funeral the church was filled with family and friends and reference was made to his immense character, his amazing understanding and how he was a man who made people laugh and brought pleasure to many. Bishop Robin Wood, former Bishop of Worcester described him as ‘Of true Gloucestershire stock with twinkling eyes and a wonderful complexion.’

Notes by Carol Davies with thanks to Ursula Groves-Smit