Cecil Sharp visited Philip Merriman aged 69 in Chipping Campden on 13 January 1909 when he sang Crow In The Gutter.

Philip Merriman worked as a sawyer and married Diana Wain, he daughter of a labourer, in Campden on 27 August 1860.

By 1901 they were still living at the same address where Philip was described in the census as a labourer or timber feller working at home with no regular occupation. Their granddaughter, Lucy James, was still living with them. One of their children had died by this time. Philip Merriman died in the Shipston on Stour registration district, which included Chipping Campden, in 1921.

Philip Merriman’s son, Frederick Merriman, was working as a porter and lamperson in 1892 in Stanton Gate in Derbyshire for the Midland Railway Company. He later joined the City of London Police and was a British tug of war competitor who competed in the 1908 Summer Olympics. 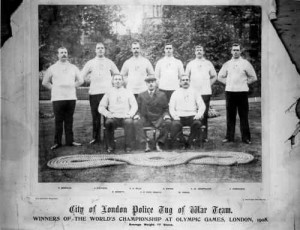 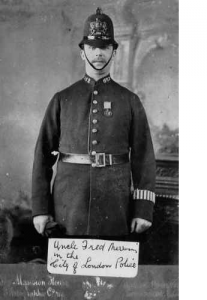 Philip Merriman’s son, John Merriman, was living in South Littleton, Worcestershire in 1901. He died in Chipping Campden in April 1941.