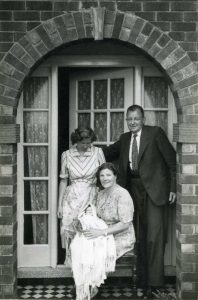 William H. Payne aged 68 sang The Bitter Withy to Maud Karpeles and Pat Shaw on 22 August 1952 at 64 Bloomfield Road, Gloucester. He stated that he had learnt the song from his father who had died 15 years previously at the age of 73. He used to live at Bromsash, Herefordshire.