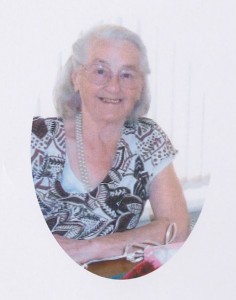 Joan Taylor was born Joan Brazil, the daughter of Hiram Brazil, one of 15 siblings. She was born in 1931 in Swindon and was one of five children, but did not know whether she was born in a hospital or in the family caravan 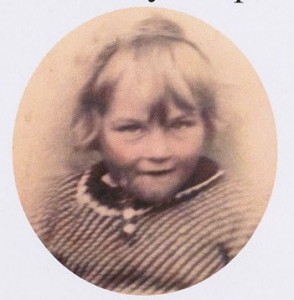 She lived her early years on the road, based in Gloucester, where the family wintered, travelling around in the summer for seasonal work around Evesham including fruit and hop picking and driving a threshing machine, and hawking flowers, pegs and rush mats from door to door – “All honest hard work”.

She recalled her family singing and although could not sing any of her father’s songs, she picked up songs from other family members and friends. She remembered her uncles step dancing, Harry ‘diddling’ for Danny and vice versa.

Her splendid singing is very much in gypsy style, with attention to phrasing and the tone of the voice.

In 1968, she and her husband Charlie and three children moved into a house in Quedgeley, Gloucester, and established a business selling coal and hiring out skips, despite neither being able to read or write.

When she died in Gloucester in 2016, she had 5 children, a number of grandchildren and even a great-great (sic) grandchild.

A recording of her singing “Can I Sleep in your Barn Tonight, Mister” was played at her funeral service.