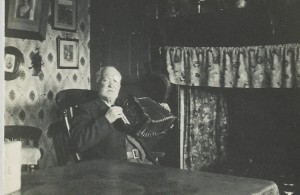 A surname long associated with Gloucestershire is that of Denley.  Throughout the 19th and 20th Centuries, the Denley family provided music for Morris and country dancing in the county. The earliest member of the family that we know was James Denley of Kempsford who was born in 1654 whose wife’s name was Elizabeth. His son, James Denley, who lived from 1681 to 1742, married Rhoda Belcher and died in Shipton in 1742. Many musicians were descended from James Denley including Thomas Denley, Charles Denley and Tom Denley. Each of these has a profile on the website. The Denley family moved to the Shipton area in the middle of the 18th century.

For other musicians in this family see ‘Denley, Thomas’ and ‘Denley, Tom.’

The collector Harry Albino visited Charles Denley on 13 September 1935 who was also a musician. He played the melodeon. Albino noted the tunes Greensleeves and Three Meet from him. Charles Denley was from another branch of the family, the son of David Denley, and lived at Guiting Power. He knew several other tunes, which Albino did not note down, such as Shepherd’s Hey and Jockey to the Fair. He knew a number of country dance tunes, namely Don’t I Love my Nancy, The Rose Tree, Bonnets of Blue, Haste to the Wedding, The Triumph, The Perfect Cure, The Butterfly, Double Lead Through, A-Nutting we will go and Some Say the Devil’s Dead (this presumably being another name for Greensleeves), Interestingly, he told Albino that the tune was used for a broomstick dance as opposed to a morris dance but there is a similarity between the Morris Bacca Pipes Jig, which is usually done to the tune of Greensleeves and the Broomstick dance.

James Denley’s son, also named James. was baptised in Shipton on 20 March 1814 . He was a son of James’ first wife, Rhoda. The son, James, was married on 5 May 1750 in Hazelton to Ann Gibbs.James was living in Shipton Oliffe and Ann in Shipton Sollers.

One of their children was Thomas Gibbs Denley who was baptised on 14 April 1762 in Shipton. Thomas  married Ann Griffin from Dursley on 9 August 1777 in Dursley and by 1787 they were living in Great Rissington where Thomas was paying land tax as occupier of land owned by Thomas Cambry.

George and Frances’ son, David, was born in Guiting Power in 1829 and he was working there as a labourer in 1871. He married Elizabeth Smith, also known as Eliza, in Guiting Power on 12 October 1858.

Charles Denley was David Denley’s son and was born about 1865 in Guiting Power. Charles was a hedger and agricultural labourer who married Hannah Howe, the daughter of another labourer from Toddington on 24 September 1847 at Stanway. They continued to live at Guiting Power and  they appear on the electoral register for Guiting Power between 1921 and 1937. They had seven children and one who died. Charles died on 13 June 1940 at Guiting Power and Hannah died in  October 1950 in the North Cotswold Registration District.

Russell Wortley interviewed a Charles Denley of Cheltenham in 1963, and his wife in 1970.Charles played musical saw and his wife had sound recordings of him playing the Merry Widow Waltz and Bless this House. 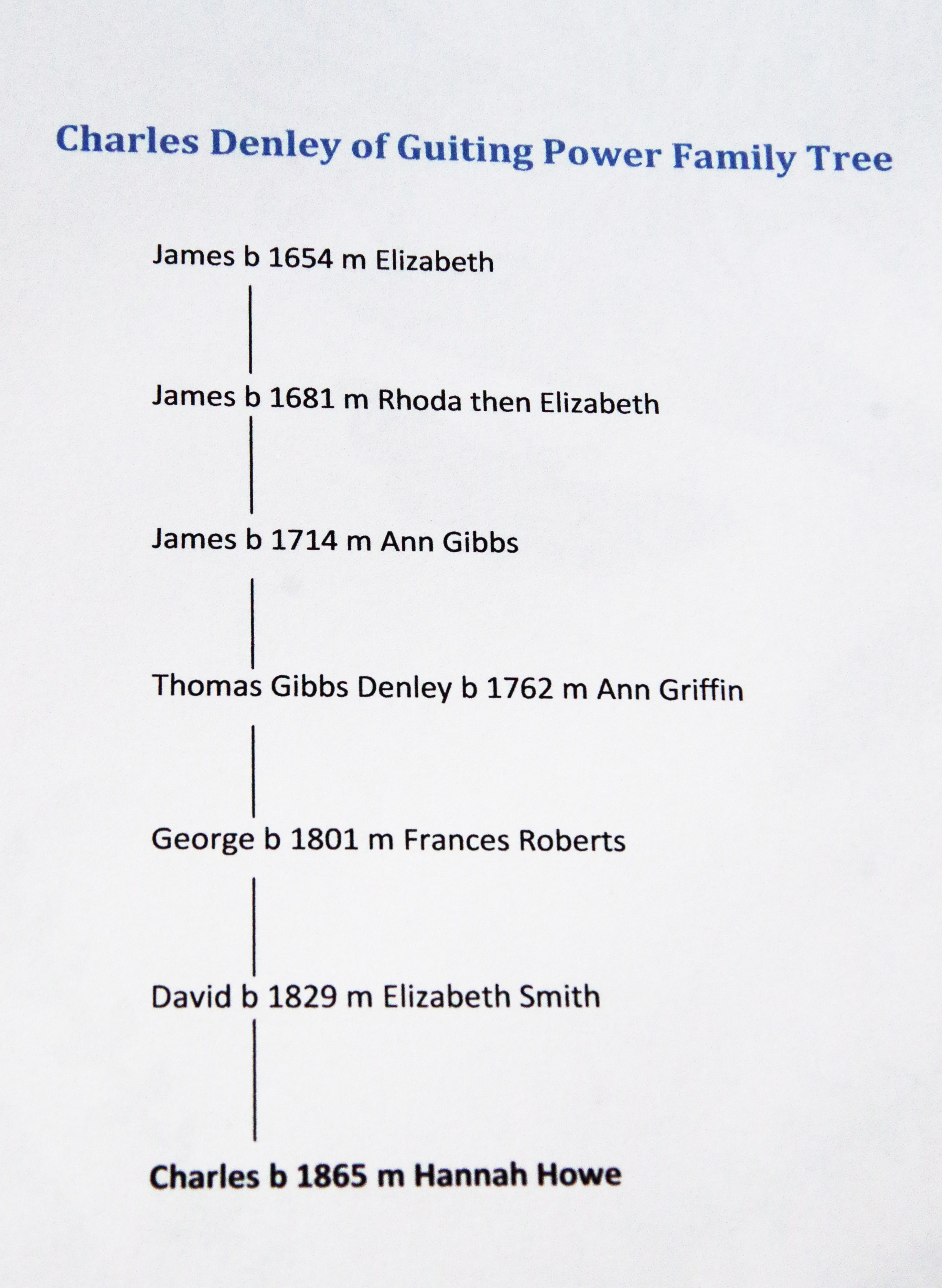