Cecil Sharp visited William Sparrow aged 79 on 7 April 1913 at Kemble when he sang The Hermit, The Irish Girl and The Wassail Song.

William Sparrow’s father, Richard Sparrow, was born in Kemble, then in Wiltshire, in about 1791. He married Hannah Fisher from nearby Minety on 10 November 1814. They were both illiterate and signed the marriage register by mark. By 1841 they were living in Kemble where Richard was working as an agricultural labourer with children John, born 1815, also an agricultural labourer, Elizabeth, born 1818, Mary, born about 1826 and William who was baptised 8 July 1834, all born in Kemble. They also had another daughter, Celia, in 1816. Also living with them in 1841 was John’s wife, Jane, as was Hannah Fisher, presumably Hannah’s mother, and a Thomas Darnall. In 1851 they were still living in Kemble where Richard was an agricultural labourer but the only two children still living at home were Mary and William.

On 19 March 1863 in Kemble William Sparrow married Ellen Hunt, who was born in Southrop, and later that same year they had a daughter, Elizabeth. Another daughter, Mary Jane, was born in 1865 and a son, Charles, in about 1868. Another daughter, Sarah was born in 1866 but died in 1868. By 1871 William and his family were living in Ewen (Church) Road, Kemble, next door to William’s widowed mother, Hannah, described as a pauper. William’s sister, Mary, unmarried and also described as a pauper, was still living with her mother, Hannah. William and Ellen had a daughter, Hannah in 1872 but she only lived for one year. By 1881 William and Ellen, still living in Ewen Road, Kemble, had three more children, Anna born about 1872, John Richard born 1875 and Albert Henry born 1877. At that time William, Ellen, Elizabeth and Charles were all described as agricultural labourers and Anna, John and Albert were all scholars. William’s sister, Mary, had also moved from Ewen Road as her mother, Hannah, died and was buried in Kemble on 25 June 1873. By 1891 William and Ellen were living on The Green, Kemble, with their children John, Albert and Francis. Both William and John were described as farm labourers. By 1901 William, an ordinary agricultural labourer, and his wife, Ellen, were living at ‘140, Kemble’. Also still living with them was their son, John Richard, a general railway worker and also an ordinary agricultural labourer and a boarder, George Parker, a groom (domestic). Ellen was buried in Kemble on 24 September 1905 and by 1911 William, described as a retired farm labourer and pensioner, was living at the same address with his daughter Elizabeth and her second husband Joseph Walter Tanner (see below). William Sparrow was buried in Kemble on 2 February 1915,

William’s daughter, Elizabeth, married John Moreman who was born in Cirencester in the Cirencester registration district in 1883 and by 1891 they were living at 21, School Lane, Cirencester with two daughters, Ellen, born about 1885 and Florence, born 1891, where John was working as a builder’s labourer. Also living with them were John’s brothers Charles, also a builder’s labourer and James, a general labourer. Elizabeth’s husband, John Moreman died on 8 April 1895 and in 1901 Elizabeth as widow was living at 86, Watermoor Road, Cirencester with a son, George Moreman, born about 1895. At the end of 1901 she married again in Kemble to Joseph Walter Tanner and that year they moved into her widowed father’s house at Kemble with two of Elizabeth’s sons from her previous marriage, George, who was working as a single stable worker/groom (domestic) and Frank. Joseph and Frank were both described as farm labourers. Joseph and Elizabeth had been married for 9 years and had no children.

Children of Elizabeth and John Moreman 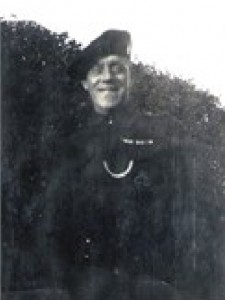 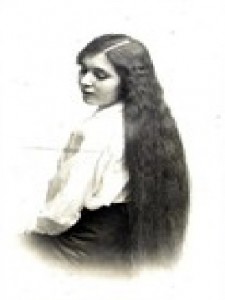 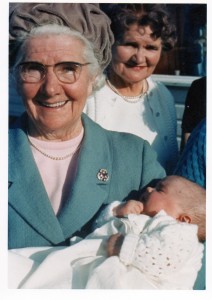 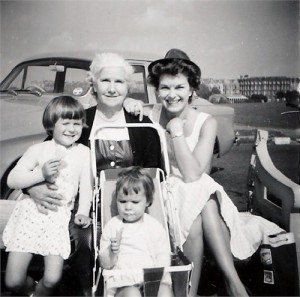 William’s daughter, Mary Jane, had left home by 1881 and was working as a servant for Edward English, a plumber and glazier, and his two sisters living in Piccadilly, Stroud. By 1891 Mary Jane was a servant living at Homefield, Tormoham, Torquay, Devon in the house of Isaac J. Smith an Army pensioner and his wife. A Mary Jane Sparrow married either Thomas George C Devine or Frederick Richard Roberts in 1897 in Stoke Damerel, Devon.

A Charles William Sparrow died in the Cirencester registration district in 1882 and this may have been William’s son.

William’s son John Richard Sparrow married Annie Esther Powell on 11 February 1906 and at the end of 1906 they had a daughter, Eleanor May, followed by a son, Wallace Henry, who was baptised on 10 October 1909, when John Richard was described as a labourer of Coates, Kemble. In addition to Albert Henry Sparrow (see below), also serving as a driver in the Royal Artillery (Royal Horse Artillery and Royal Field Artillery) 220928 was a ‘Richard John Sparrow’.

William’s son Albert Henry Sparrow in 1901 was one of six grooms working for Raymond T Wilson, a gentleman with a large household at Stanley Hall, Astley Abbots, Bridgnorth, Shropshire. In 1906 he married Annie Gowlett in Kemble and by 1911 Albert Henry was a bus conductor in London living at 10 Huntsmead Road, East Hill, Wandsworth. He and Annie had been married for 4 years and had no children. From 1914 to 1920 Albert Henry served in a driver in the Royal Artillery (Royal Horse Artillery and Royal Field Artillery) regimental number 86311. In 1918 Albert Henry Sparrow was living at 45 Dempster Road, London SW18 with Annie Sparrow, Another household at the same address were David Wilson Constable and Minnie Constable (possibly flats). Both households were living at the same address in 1921 and 1931.Albert Henry Sparrow died in 1932 in the Wandsworth registration district, apparently having had no children. After Albert’s death Annie and the Constable family were still at the same address in 1939. Annie Sparrow died in 1942 in the Battersea registration district.