Charles Benfield outside his cottage in Idbury

Charles Benfield was the fiddler for the Bledington Morris dancers. He was visited by Cecil Sharp on 2 September 1909 who stated that he was aged 68 and ‘now living in Bould’ near Bledington, just over the border in Oxfordshire, and that he had ‘taken many songs tunes and dances from him’. He played Cecil Sharp the Bledington morris tunes Glory Sher (Glorisher), Monk’s March and Young Collin. Sharp noted on that occasion that ‘Charles Benfield had been the fiddler for the Blenington morris until it lapsed 15-20 years ago. He afterwards taught some younger men but could not induce them to continue. He is an agricultural labourer and a keen morris dancer. His fiddle was bridge-less and bow-less so he half hummed and half whistled’ the three tunes. He was visited again by Cecil Sharp on 4 September 1909 when he sang The Banks of Inverary, A Brisk Young Lover, Dark Eyed Sailor, Green Mossy Banks, Jealousy, The Sheffield Prentice, Shepherds Watch and Lord Bateman. He was visited again by Cecil Sharp on 31 December 1909 when he played the Bledington morris tunes, Bonnets So Blue and the Sherborne Jig. Sharp also collected the tune Glorisher from him at Stow on 13 September 1909. He was later visited by George Butterworth about 1912 when he played the Bledington Morris tunes, Ladies of Pleasure, Trunkles and William and Nancy and was also visited by Clive Carey on 24 March 1913 when he sang Captain Grant. Charles Benfield ‘inherited’ a pipe and tabor from the renowned Sherborne and Northleach musician Jim ‘the laddie’ Simpson, who died from an overdose of alcohol in 1856.

Charles Benfield  eventually went on to become a key character in the local Morris playing for Milton-under-Wychwood, Idbury, Fyfield and Longborough. By the early 1880s, Benfield eventually led what became known as the junior side comprising dancers born in the 1860’s. These included men like George Hathaway, Lewis Hall, William Roberts and the Kerry (Carey) brothers, who were able to pass on their knowledge to the Travelling Morrice when they visited Bledington in the 1930’s. By the late 1880s Benfield found it difficult to maintain a complete side and dancing continued sporadically until the late 1890’s.

After his marriage, Charles’ father, James, started to work as a sawyer and the family were living in Bould, Idbury in 1841, 1851 and 1861. James and Isabella had at least four other older children, Hannah born in Bledington about 1823 who was working as a dressmaker in 1861, Eliza born in Bould about 1829 who was working as a gloveress in 1851, John born about 1830 in Bould who was also working as a sawyer in 1851 and George born in Bould about 1838 who was working as a farm boy in 1851. On 27 January 1864 at Chipping Norton magistrates court Charles Benfield of Bowl was charged by Emma Steed, of the same place, with being the father of her illegitimate child, Mary Ann Eliza Steed, and an order was made for 1s. 6d. a week from the date of application. Charles then married Emma, the daughter of George Steed, a labourer, on 24 December 1866. Charles and Emma then had a son, George, who was born 1867. They moved to Bledington where they had a son, James, who was baptised in Bledington on 1 November 1868 and a daughter, Sarah, who was baptised in Bledington on 27 November 1870. In 1871 the family were still living in Bledington but by 1872 they had moved to Bould, Oxfordshire where Charles’ work was variously described as a sawyer, carpenter and labourer and their daughter, Emma Louise, was baptised in Idbury on 15 September. Charles’ father, James, was also living in the Idbury area in 1871; a widower and sawyer he was living with his daughter, Hannah, who was a dressmaker. James Benfield died that same year. Charles and Emma had further children and all were baptised in Idbury Church: Charles Henry was baptised on 25 January 1874, Ellen on 2 June 1876, Henry on 14 October 1877, John on 15 May 1879, William Percival on 26 February 1882 and Sarah on 26 October 1884. 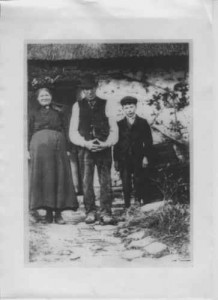 In 1885 the Chipping Norton Deanery Magazine reported that ‘The Bould Morris Dancers came up on July 28th, and shewed their skill with bells and kerchiefs, and stave-clashing complete; C. Benfield’s lively fiddle strains took the place of the tabor and pipe.’ Another son, Eric Frank, was baptised on 17 March 1889 in Idbury Church. By 1891 Charles and Emma were still living in Bould where he was working as a sawyer and his son, Charles, was working as an agricultural labourer. By 1901 Charles was still working as a sawyer in Bould and Emma, his wife, was working as a gloveress. The only children still at home were William who was also a wood sawyer, Sarah who was working as a domestic servant and Frank aged 12. By 1911all their children had left home. Charles was still working as a wood sawyer and he and Emma had had 12 children of whom 9 were still living. Charles Benfield of Bould was buried in Idbury on 5 March 1929 aged 87. 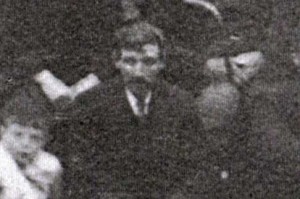 Charles’ son, James Benfield, married Emily Clements, a domestic servant from Icomb, on 21 October 1897 at Icomb. They lived in Bledington village where James was working as a wood sawyer in 1901 and 1911 for a timber merchant. They had at least three sons, Arthur Cuthbert born about 1899 , Percival James born 20 June 1900, Horace John born on 14 April 1905 and a daughter Nora Emily born 2 April 1903, all born in Bledington.

James’ son, Arthur Cuthbert Benfield, married Rachel E. Timms in the Stow on the Wold registration district, which included Bledington, in 1945. Arthur and Rachel had a daughter, Audrey J Benfield, in 1923 in the Chipping Norton registration district. Audrey married Ronald H Wright in Surrey in 1943. According to the Paris/Pratt family tree on Ancestry.com Audrey June Benfield died in 2003 having had a daughter.

James’ son, Percival J. Benfield married Vera M. Woods in the Chipping Norton registration district in 1924 and died in 1971 in Banbury. His father, Arthur Cuthbert Benfield died in Epsom District Hospital and was buried in Kingswood on 5 April 1967.

James’ daughter, Nora Emily Benfield, married William Pratt in 1923 in the Stow on the Wold registration district. Nora and William had a son, Ronald James Pratt on 10 February 1924 in Bledington. Ronald James Pratt was married on 17 March 1951in Epsom registry office but was divorced in 1964. He then married Patricia Lintott in September 1970 in Guildford. He died in Surrey on 10 Feb 1924. Nora also had another son, Stanley Pratt born on 17 October 1926 in the Chipping Norton registration district. Stanley married Ethel E. Peters in Surrey in 1950 and died in Surrey in 1979. Stanley and Ethel Elsie had a daughter and 2 sons. Nora and William had a third son, Eric Pratt, on 5 July 1930.Eric married Maureen E. Buckell in Surrey in 1954.and died in 1995 in Surrey. Nora Emily Benfield died in Surrey in 1988. 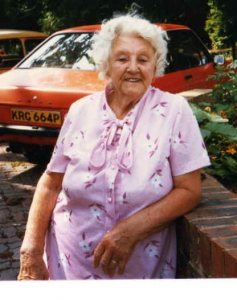 Charles’ daughter, Emma Louisa Benfield, in 1891 was a servant in the Estate Office of the land agent for Sarsden House near Chipping Norton in Oxfordshire owned by the local JP. In the same year she then married Henry Edmonds, a labourer from Sarsden, born in Buscott, Berkshire, on 15 June 1895 in Idbury. In 1896 they had a son, Henry, in Foxcote, and then had two daughters, Alice Maretha on 1 September 1898 and Hilda Mary in 1900, in Great Comberton. In 1901 Henry and Emma Louise were living in a cottage in Great Comberton. A further son, Arthur, was born in 1902. By 1911 Henry and Emma were living in Pensham, Pershore where Henry was working as a shepherd on a farm. . Their son, Arthur Benfield, died in Dublin in May 1993.

Charles’ son, Henry Benfield, in 1901 was living at Manor Farm, 4 Yardley Road, Cosgrove South, Northants where Henry was working as a caretaker. On 16 July 1905 Henry Benfield married Emily Ruth Williamson in Pitsford, Northamptonshire. By 1911 Henry and Ruth were living in Great Alne, Alcester, Warwickshire where Henry was working as a coachman and chauffeur. They had three children, Mabel born about 1901 in Peterborough, Frank born about 1903 in Northampton and Gladys born about 1907 in Great Alne. Henry died in 1959 in the Alcester registration district.

Charles’ son, John Benfield, married Georgina Mary Turvey, who was born in Alne Hills, Warwickshire, in Alcester in 1902. John and Georgina had a daughter, Olive, who was baptised in Great Alne on 21 December 1902 when John was working as a groom and living in Barrels Hall. By 1905 they had moved to Redditch where their son, Stephen Charles, was born in 1904. In 1911 they were living at 1, Alcester Street, Redditch where John was working as a motor driver. John Benfield died 1970 in the Pershore registration district. According to a family tree on Ancestry.com John’s daughter, Olive Georgina Benfield, never married and died in August 1990 in Bromsgrove, Worcestershire. John’s son, Stephen Benfield, married Gladys Hemming in 1929 in Alcester. He probably died in Bournemouth in 1976.

Charles’ daughter, Sarah Benfield, married Edward Jones a hay trusser from Bledington, on 23 December 1905 in Idbury. By 1911 they were living in Bledington where Edward was working as a hay cutter for a hay merchant. They then had three children, two daughters both born in Bould, Ena Lilian born 1906 and Dorothy May born 1907, and a son, Edward, born about 1910 in Bledington.

Charles’ son, Eric Frank Benfield, married Gladys May Sims from Shipston on Stour in in 1910 in the Chipping Norton registration district and in 1911 they were living in Bould where Eric Frank was working as a wood sawyer. That year they had a daughter, Iris M. Benfield, but she died aged 19 in 1931. On 16 May1921 they had a son, Alec F. Benfield, whose birth was registered in the Chipping Norton registration district which included Idbury. Alec married Mary E. Harrison in 1945 in the Surrey mideastern registration district which included Croydon, Epsom, Reigate, Godstone, Kingston, and Dorking. Eric Frank Benfield married again to Elizabeth Cotton in 1956 in Surrey when he was living at 86 Chequers Lane, Walton on the Hill, Surrey and died in Surrey in 1964. His son Alec died in Wrexham in 1989.

Notes by Carol Davies with thanks to Keith Chandler and Icknield Way Morris/Sem Seaborne, for paragraph 2 and the Parris/Pratt Family Tree on Ancestry.com.